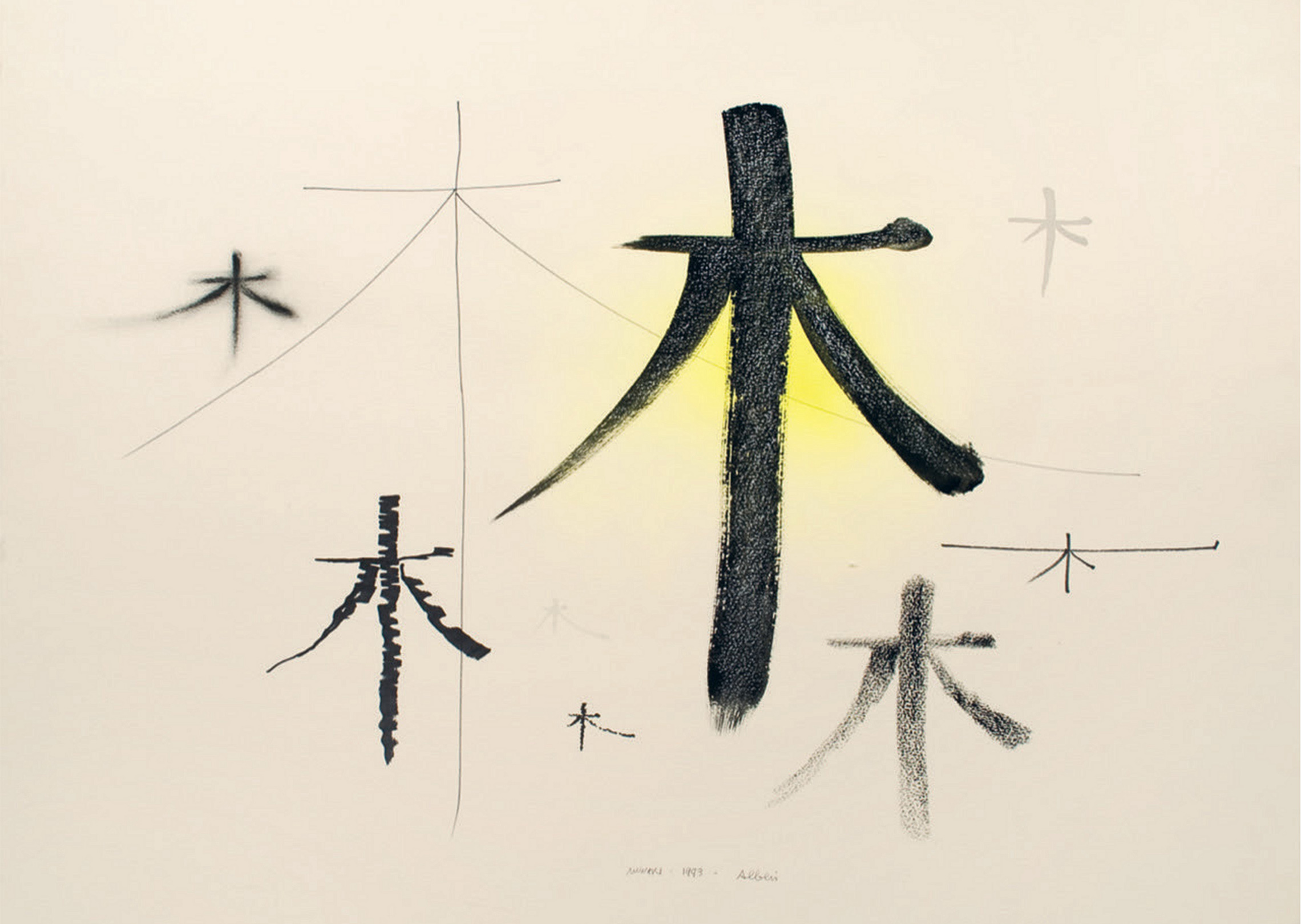 A brief history of an amorous encounter between one of the greatest Italian artists and designers and the philosophy and vision of the world of the Rising Sun.

I’ve been to Japan a number of times.
I was invited there to exhibit my works
and the papers said I was very Zen

Bruno Munari’s solo show at Tokyo’s Isetan Department Store, one of the first to take an interest in Italian products and culture and to work with its Milanese counterpart La Rinascente, was staged in 1965 thanks to the efforts of Shuzo Takiguchi, one of Japan’s most important cultural figures.
For the occasion, Munari designed a fountain: a white metal basin lined with white sand that, in turn, was covered by ten centimetres of still water. From above, five drops of water would fall onto the pool at an even cadence. The dripping water created perpetual motion – concentric circles forming on the surface and then vanishing – that was underscored by four light sources, four spotlights casting shadows onto the sand. The perimeter of the basin is surrounded by a seat – a concentric circle that is a sort of frame or border – and hides the sound system designed to amplify the rhythmic succession of drops of water.
One of the best-known examples of a Japanese “dry garden” (karesansui) is in Kyoto and is part of the Ryoanji Temple: a rectangle of coarse white sand – resembling gravel – has been raked to form concentric circles around fifteen boulders arranged in groups so that from any angle of observation there is always one stone that conceals another.

The “five-drop fountain” is just one of the innumerable inklings of artist and designer Munari’s penchant for things Japanese, one of the signs of an affinity that has almost always been left unsaid and kept secret. Yet this affinity can be gleaned in the ever-precise references to the tradition of Zen Buddhist thought, which in this case should not be interpreted as a craze for exoticism or Japanophilia, but as the observation of striking parallels with the expansion of an age-old philosophy that profoundly influenced Chinese and Japanese culture. 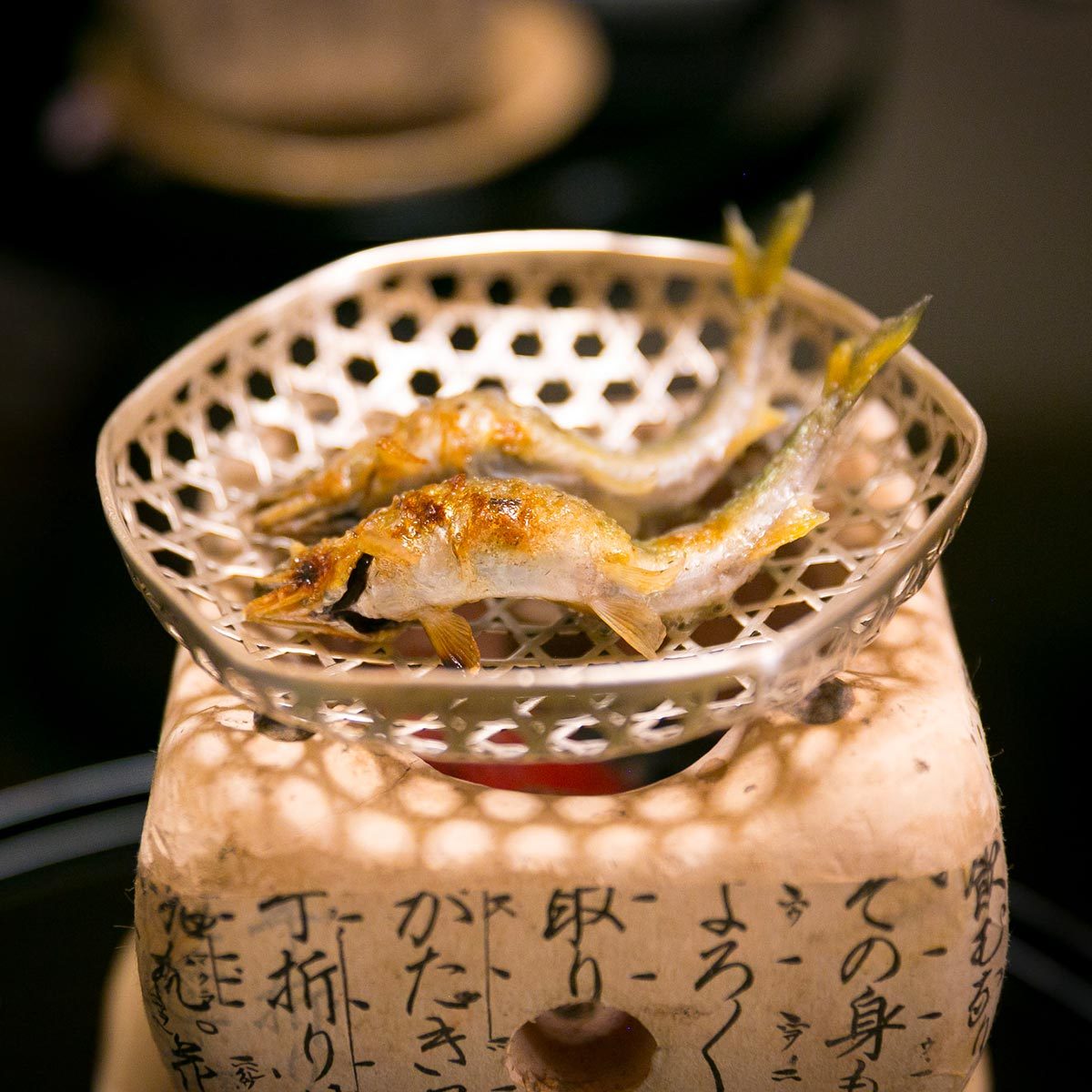 Kaiseki: the Zen and the art of food 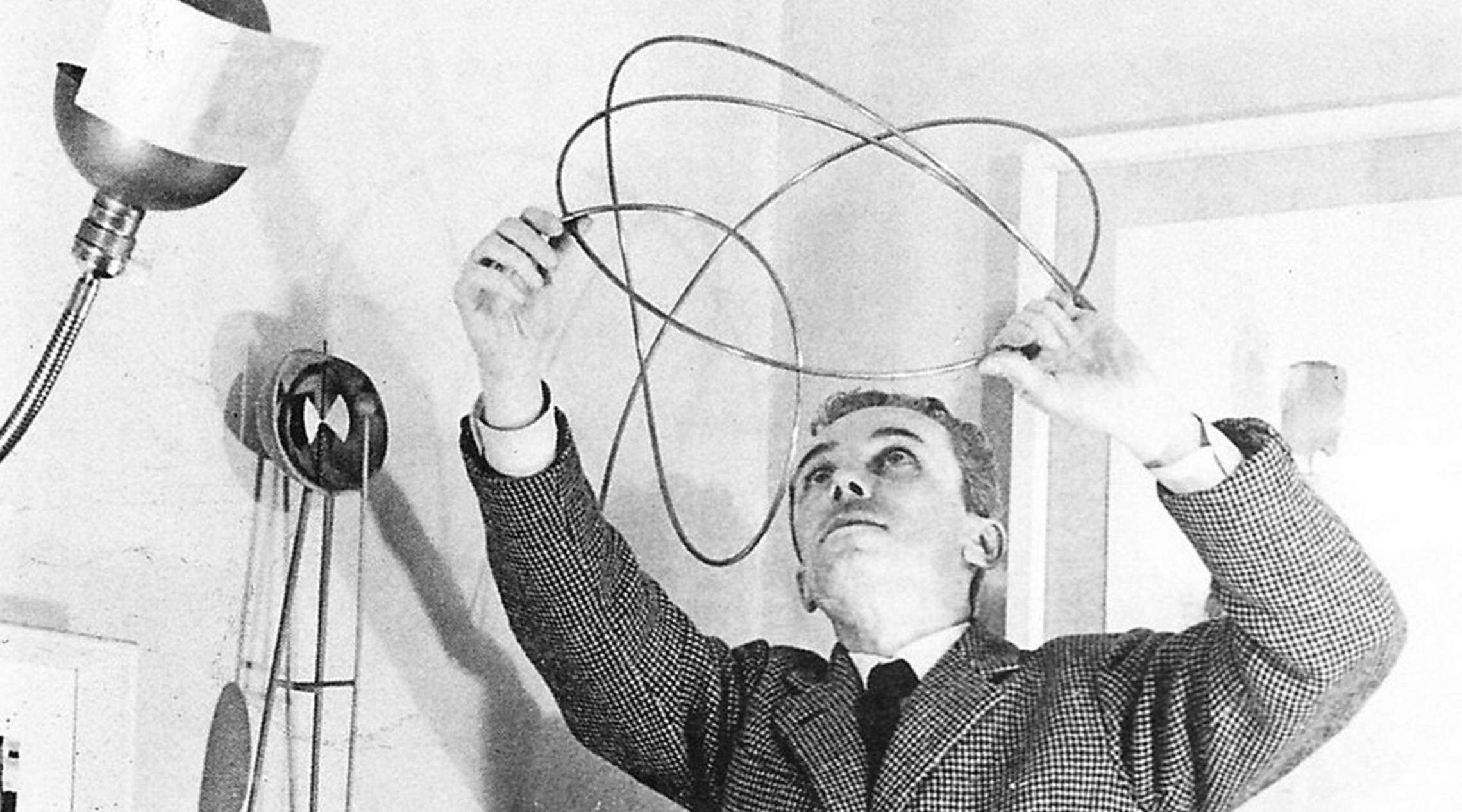 Munari wrote that “during childhood we are in the state that the Orientals define as Zen: our awareness of the real world around us comes instinctively through the activity that adults refer to as playing” (Munari, 1982). The artist and designer was extensively involved in the crucial existential interval of childhood and he treated playing with enormous seriousness, bordering on severity.
In Japan there is a special term for art, asobi, which literally means “play”. The word contains nothing playful in a pejorative sense comparable to entertainment and amusement, and it encompasses all the actions, disciplines or ways (do) that are considered arts in Far Eastern and specifically Zen aesthetics: the art of archery, the art of flower arrangement, the arts of the tea room, the tea ceremony, calligraphy and the poetic form known as haiku, which are directly connected with the principle of enlightenment (satori), the condition of unawareness and the lack of intention that become one with technical skill.

Munari selected dry birch, maple and magnolia branches with great care and patience, used a small Japanese saw to remove the parts he did not need and then tied the branches together with white cotton or unbleached linen thread – but without letting any of them touch each other – to create the Alta Tensione (High Voltage) project from nothing. They are solid signs, virtually scribbled in the air, that unexpectedly constitute a form without any intentional tension, in a process in which technique is grasped by practising it and discipline does not pose an obstacle to creative and compositional freedom. 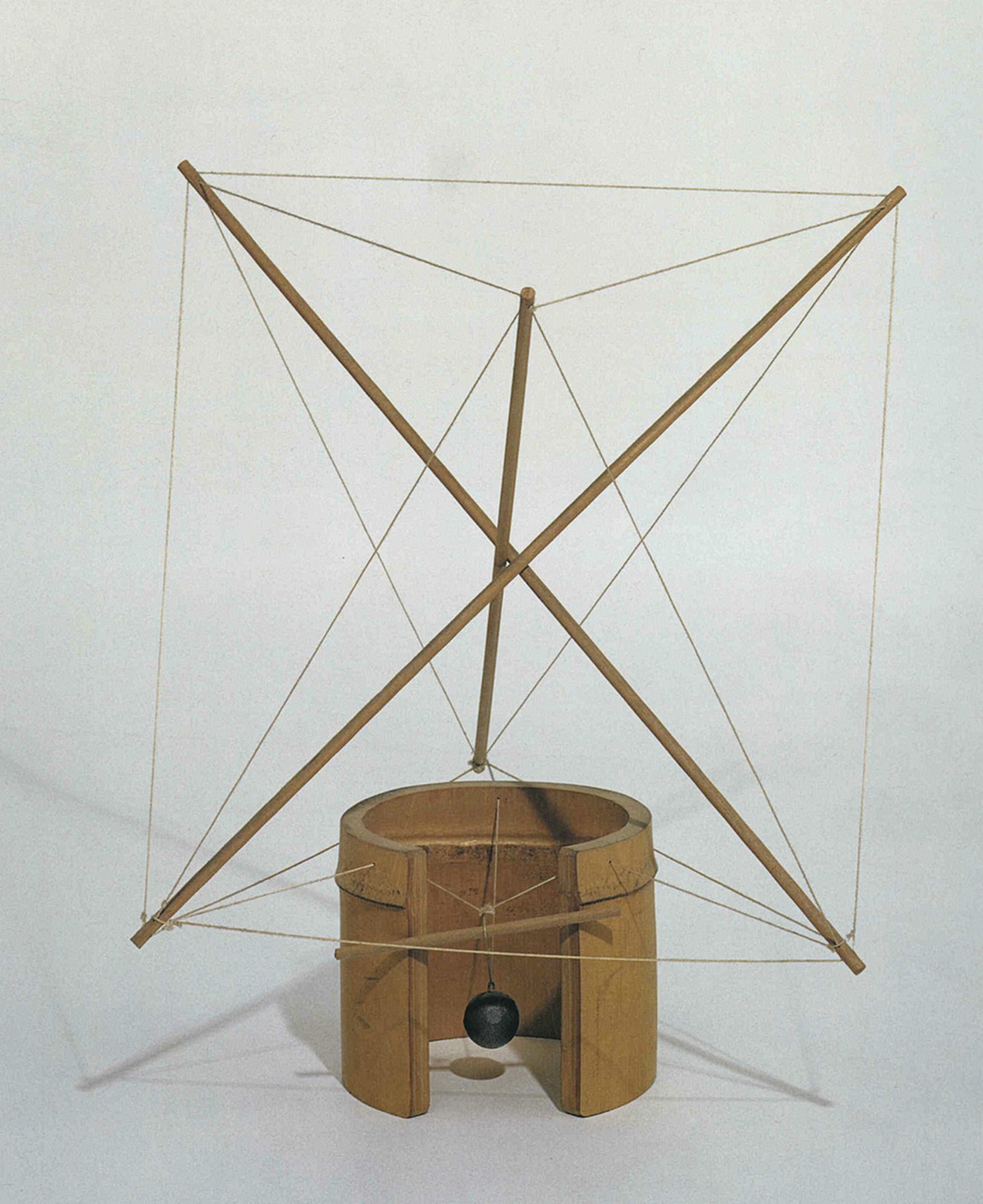 When Harvard University invited him to hold a course in visual communication at the Carpenter Center for the Visual Arts in Cambridge, Massachusetts, Munari would tell his students – repeating it often – that they should not think before doing, that they should not try to come up with an idea for a composition, because a preconceived notion often poses difficulties for the mind. This is the only way to spawn logical forms “offering visual satisfaction, like things that are unforced, unlaboured, simple and natural” (Munari, 1968).
This was the method that Munari applied to each one of his projects. Action, the tangible dimension of doing, chimed directly and seamlessly with an extremely mobile and flexible mental approach, because rigorous discipline and method underpinned this process, making an action pondered at length seem entirely spontaneous. In Design e Comunicazione Visiva (Design and Visual Communication, 1968) Munari wrote that one must observe at length, understand in depth and act in an instant, which reflects an old Japanese saying.
The synchronicity of thought and action is one of the experiences that emerges in Zen Buddhism. For example, it can be found in calligraphy, the way of the brush (sho-do), which gives enormous importance to the symbol and how it is drawn.
In Munari’s work, this approach is witnessed by his research of the 1950s into the perception of signs, conducted during the same period as his Negativi-Positivi (Negative-Positive) paintings and the para-encyclopaedic work of redesigning trees as a whole, giving the Japanese ideograph for “tree” a form, dimension and texture that differed each time. In Alberi (Trees) Munari sketched out signs that interact with the blankness of the paper. Similarly, in Filipesi (Suspended Threads) the idea behind assembling large geometric shapes – as lightweight and ethereal as if they had been sketched in the air – was to fill a given space with as little material as possible, for the ultimate aim of highlighting emptiness.
All of Far Eastern culture – even the very idea of culture – revolves around the principle of emptiness. This principle is manifested not only in calligraphy, but also in the tea room and much of Japanese architecture, in the incompleteness of Japanese painted scrolls and prints, and in the interstices between the twigs of a flower arrangement. 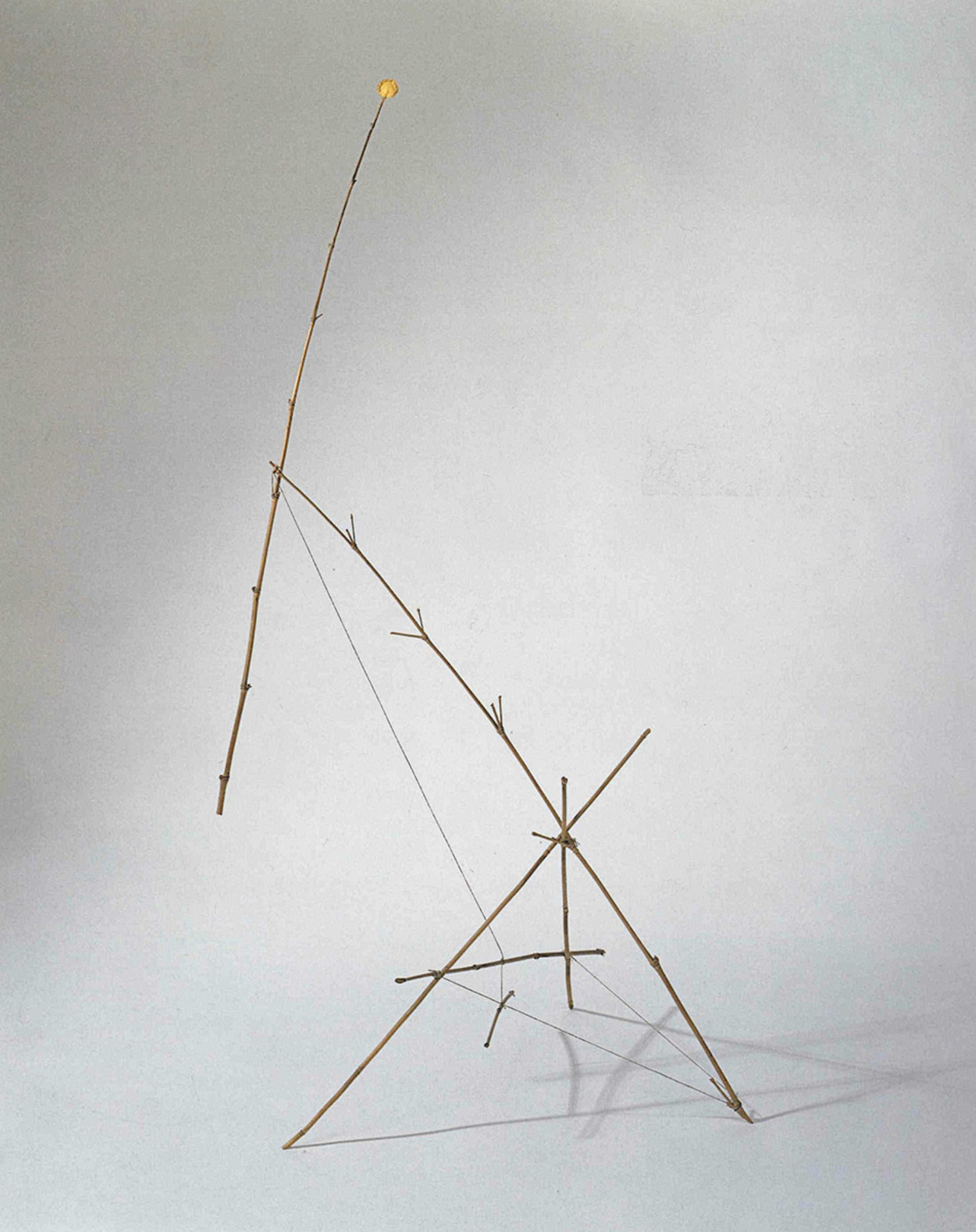 As opposed to what is seen in so much Western art, the Milanese artist and designer clearly had no horror vacui. The red square floating freely on the white page of Einaudi’s “Nuovo Politecnico” book series, clearly alluding to the visual effectiveness of the red disk on a white field of the Japanese flag, marked a revolution that everyone noticed.
When Munari created the Libro illeggibile bianco e nero (Illegible Book Black and White) – this too for the exhibition at the Isetan Department Store in Tokyo – he made himself understood by effectively shifting from syntax to semantics, despite the fact that he did not know Japanese.
Likewise, in Cappuccetto bianco (Little White Riding Hood) he offered his own interpretation of one of the best-known fairy tales and constructed a story through white pages. This is one of the many children’s books created by Munari as objects with which to interact, in which little windows are opened exactly the way today’s Web pages open when we click on them.
Children’s books and the Scultura da viaggio (Travel Sculpture) represent the prehistory of interactive art, which made history in 1962 with the “Arte programmata” exhibition that he, Umberto Eco and Giorgio Soavi organized with the young artists from Gruppo N and Gruppo T and with Enzo Mari at the Olivetti showroom in Milan. 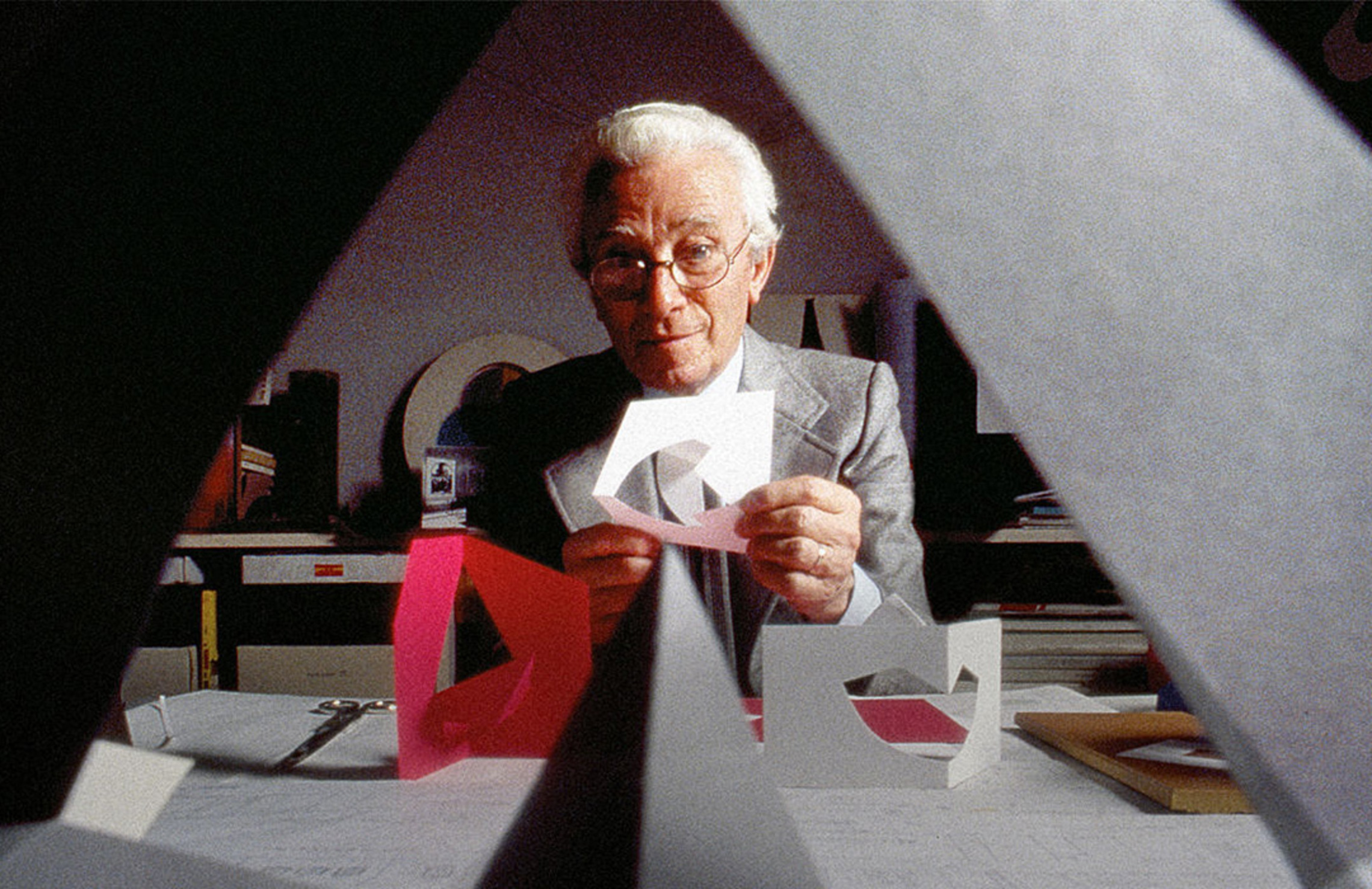 The Scultura da viaggio is an object that combines the ancient art of folding paper (origami) with that of cutting paper (kirigami). The object can be tucked into a pocket and folded into an envelope when it is not needed. Yet we don’t merely pull it out of its container and contemplate it. What is fundamental here is the gesture of unfolding it so that the light can reveal the variety of its surfaces, its solids and voids, in an endless interplay of visual possibilities: just like the scrolls of ancient Japanese painting, which are kept rolled up in closets when they are not decorating the tokonoma of a traditional Japanese house. The scrolls are used dynamically by unwinding and rewinding the strip that accompanies the course of the narrative.
In Zen Buddhism emptiness is also tied to the idea of impermanence, which is expressed by “pictures of the floating world” (ukiyo-e). According to Lao-Tzu, that which is truly essential resides only in emptiness, and only in emptiness can there be motion.
Motion, in its unfolding in time and space, was a constant in Munari’s method as early as the Macchine inutili (Useless Machines) of the 1930s and it refers to the concept of the mutability, transformability and transience of things and reality. In Artista e Designer (Artist and Designer) Munari wrote: “Considering the continuous flow of changes means knowing the best of our world; it means not seeking absolute truths once and for all; it means understanding that ‘eternity is today’. We can reach a certain limit using reason alone, but then we need another way to achieve global consciousness: that way is Zen” (Munari, 1971). Munari’s proclivity for the Far East reflects a process of self-identification that occurred naturally because the groundwork had already been laid well before 1954, the year he first came into contact with that culture. 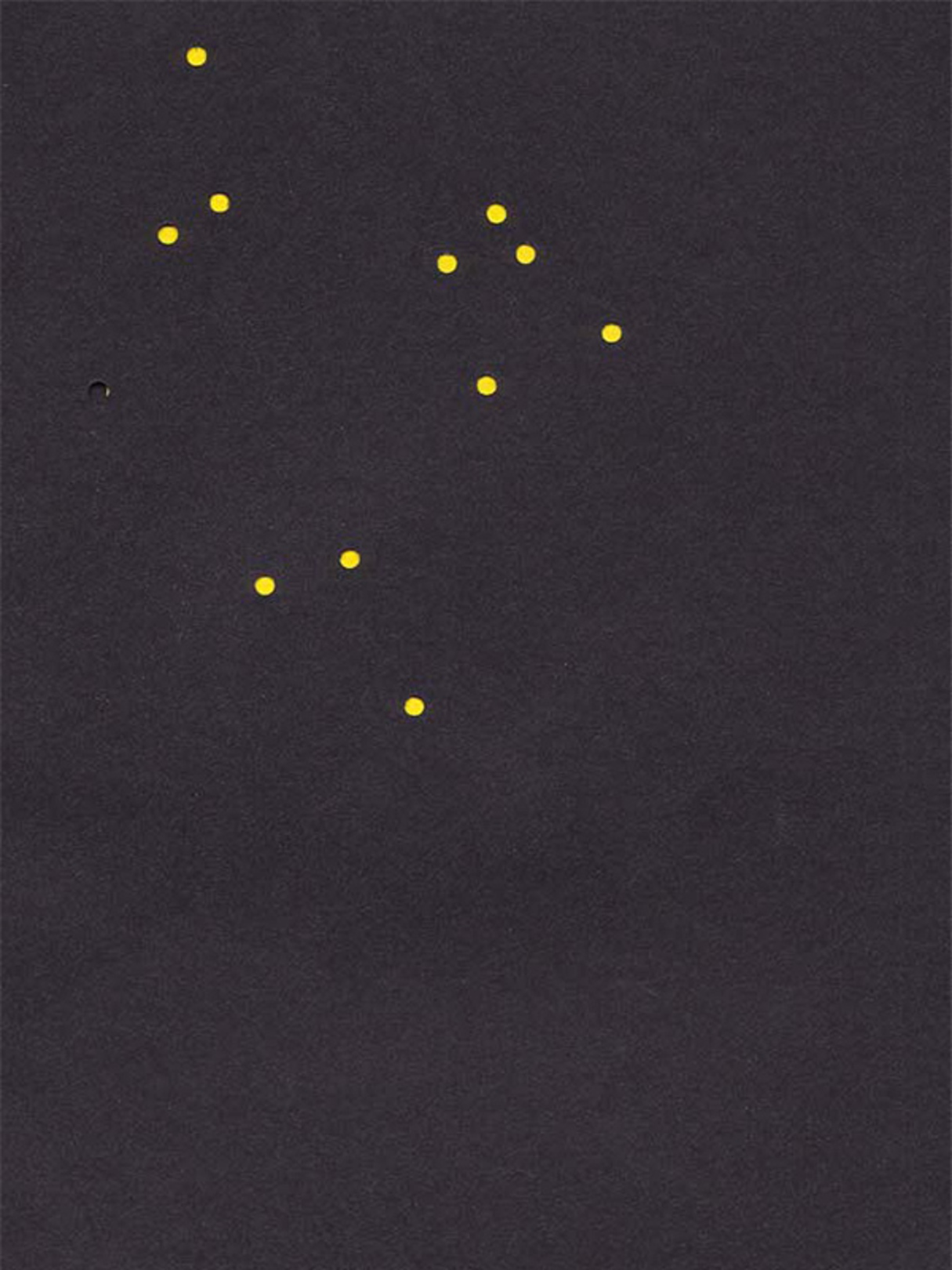 In the Darkness of the Night, Muggiani, Milano 1956

In 1956 Munari published Nella notte buia (In the Dark Night), in which the reader becomes immersed, virtually hypnotized by a distant glimmer, crosses a city and a field full of insects, and enters a cave, finding the way out after a forest of stalactites and stalagmites. Munari chose porous black paper to show the night, perforating the last page with tiny circles that float freely on it and then laying it over a sheet of yellow paper so that the circles are transformed into a swarm of fireflies. The fireflies flicker on and off. The fact that they are represented by holes on the black page engenders a sense of instability. When the yellow page is far away, the shadow extinguishes the glimmer, but when the pages touch each other, the yellow shines. 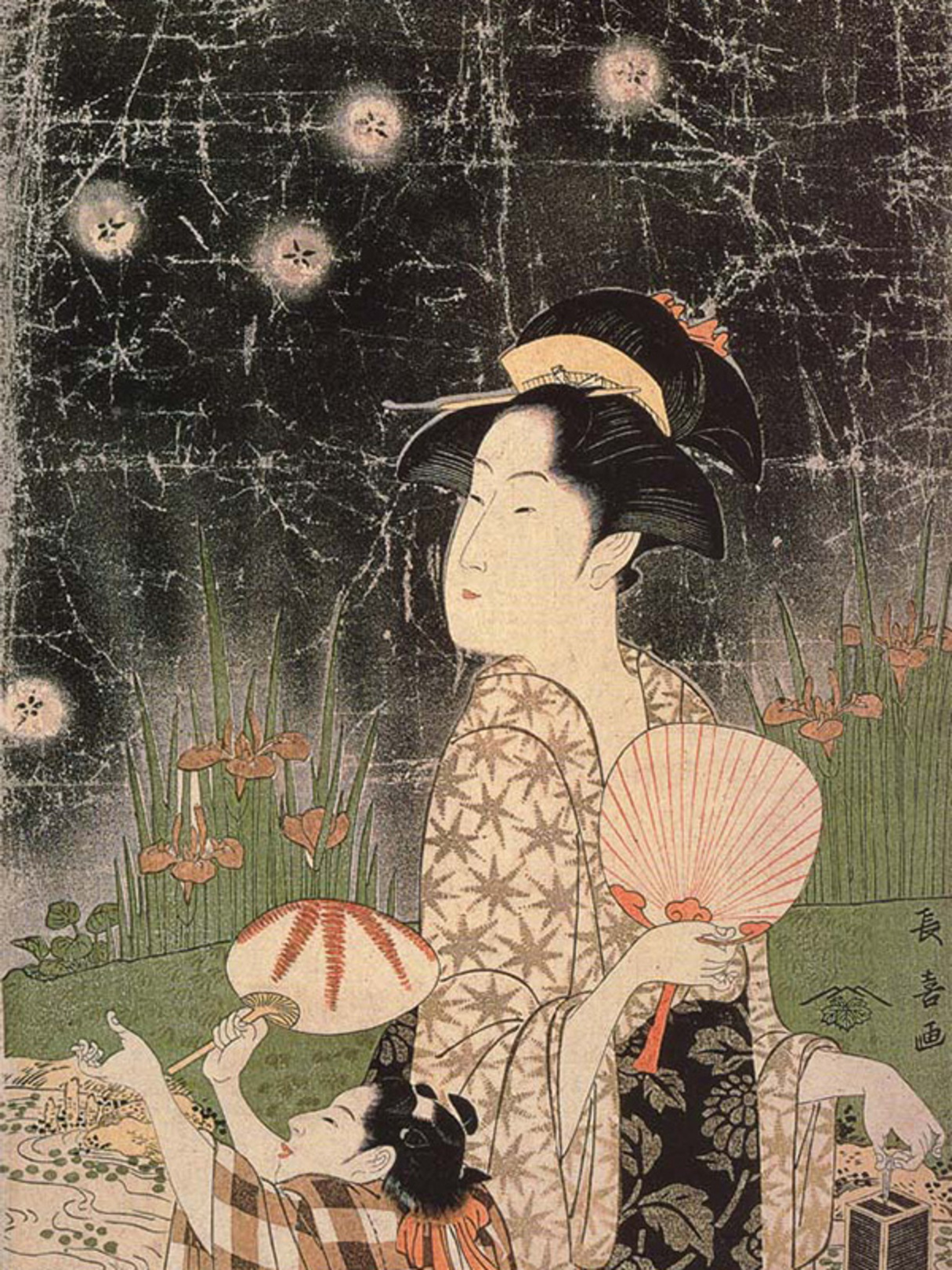 The British Museum in London has a ukiyo-e print by Eishosai Choki (c. 1795) depicting a woman and her son hunting fireflies with a round fan made of bamboo leaves, as was the custom near waterways at dusk in midsummer. The effect of the darkness, extraordinarily deep and velvety, was achieved by dusting the sheet with silvery white mica powder and, after isolating the insects, blowing black ink against the ground.
There is a haiku – the short seventeen-syllable poem that is iconic of Zen masters – by the poet and master Issa: “A giant firefly / that way, this way, that way, this / and it passes by”.

The two Macchine inutili above reproduced are part of Miroslava Hájek's Collection. The collection was constituted in a chronological order with the aim to retrace the history of Bruno Munari as an artist. Both the editor and the author wish to thank Mrs Hajek for kindly giving the permission to publish images of the works in her collection.

Kaiseki: the Zen and the art of food 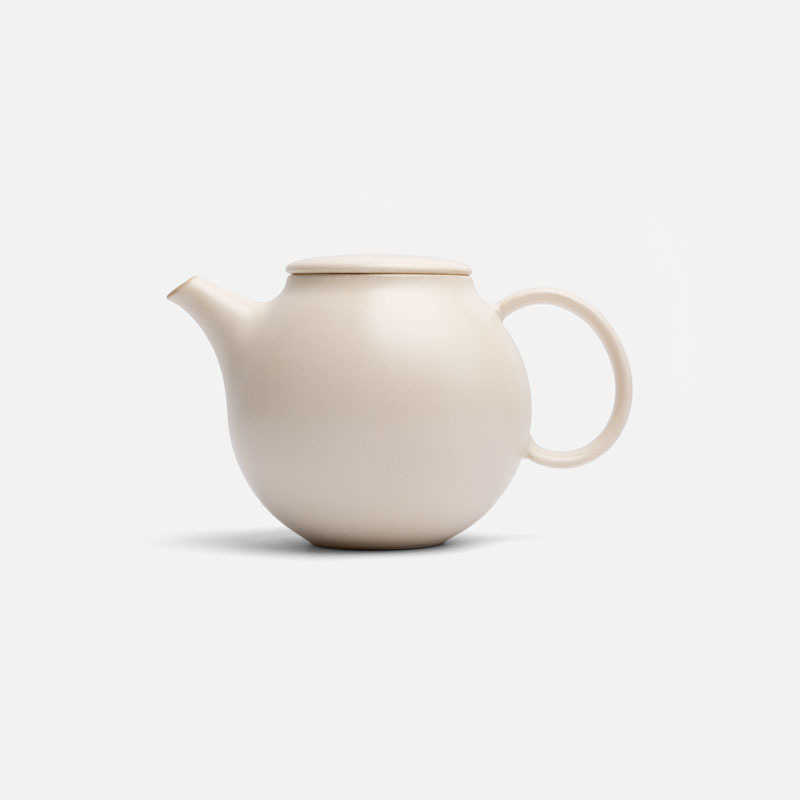 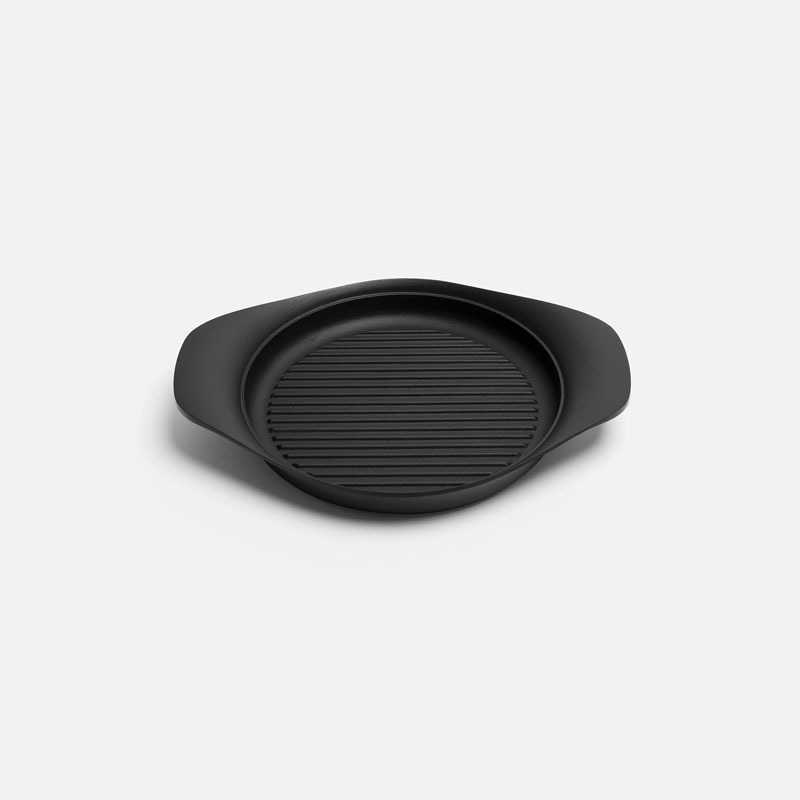 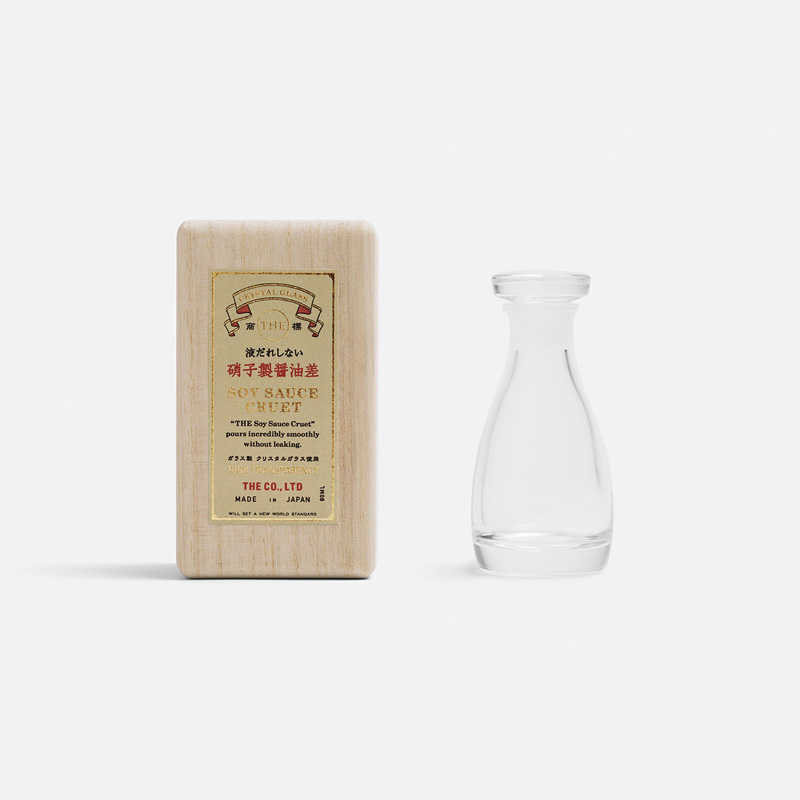 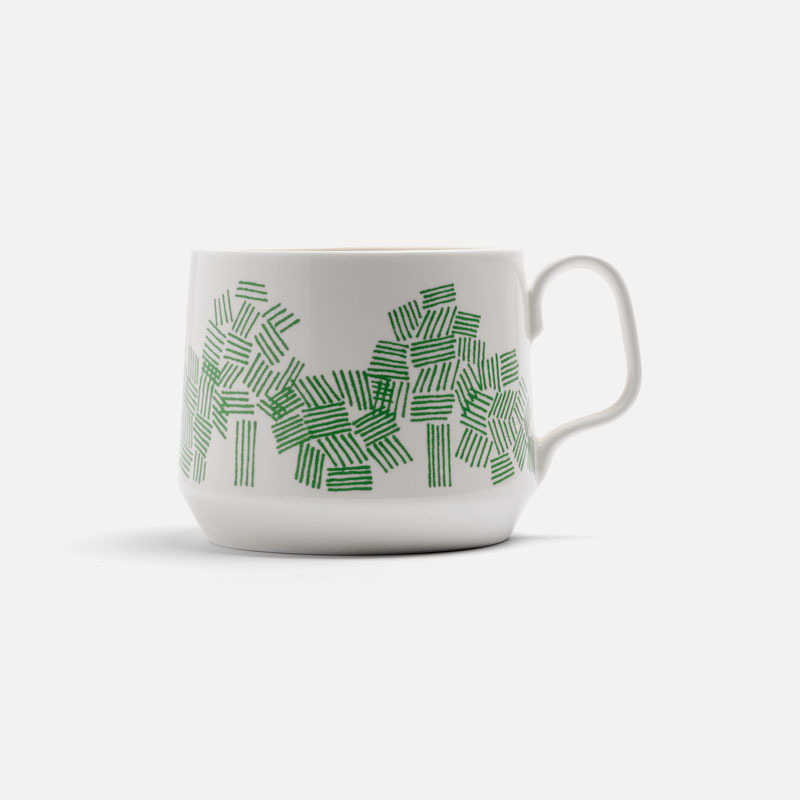